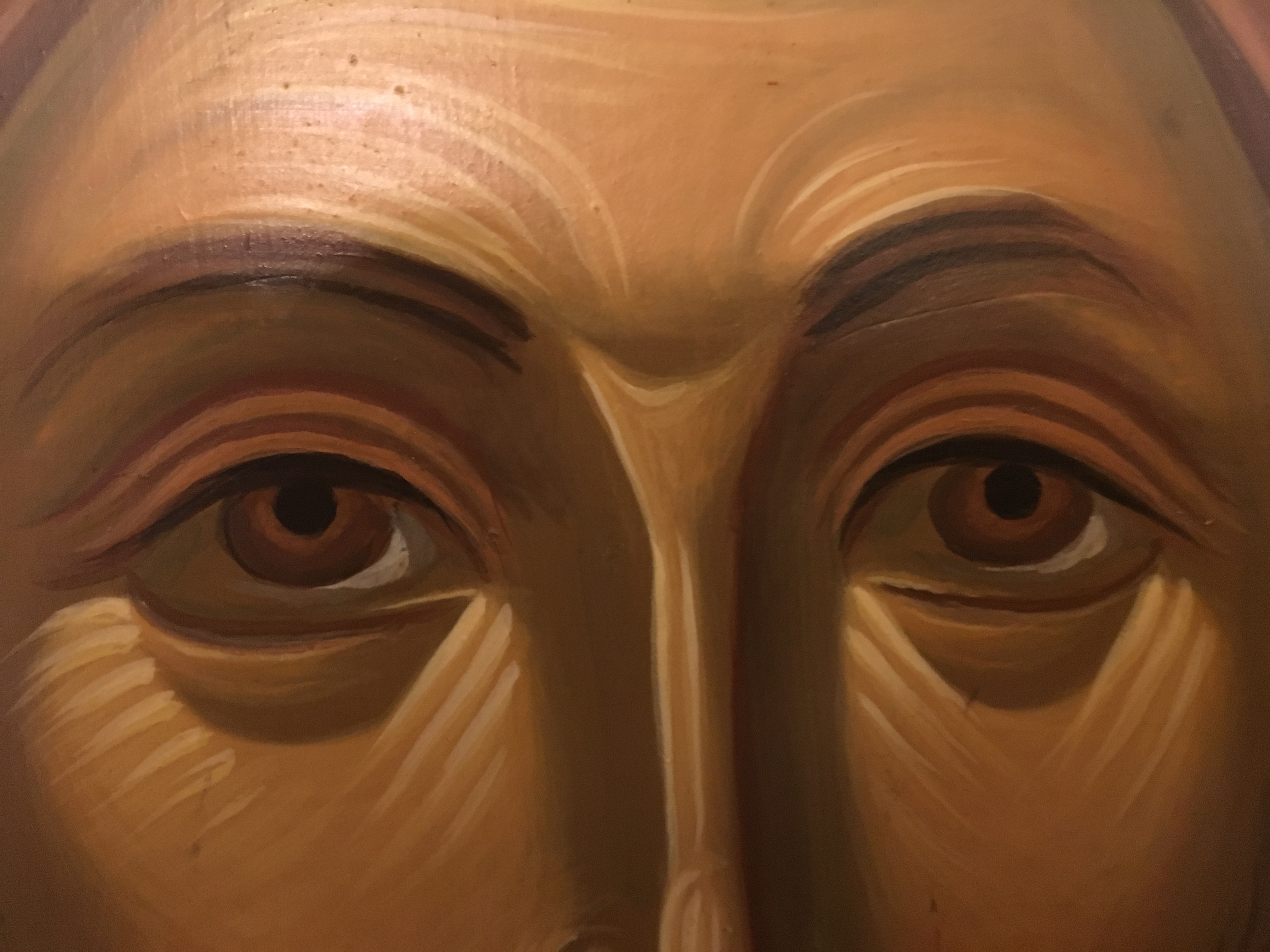 Imagine that you have never seen a mirror, much less had a picture taken of yourself or broadcast your image on social media. Imagine, as well, that you’ve never taken advantage of a still pool of water to admire yourself. How would you know what you look like? Lost within our modern culture is the fact that the face is not created for its owner. For eons, human beings had little idea of how they looked other than what they were told by others. That is the true normal.

Nothing is more truly “personal” than the face. In Greek, the word for person, “prosopon,” means “face.” What we mean by the word “person” is a metaphorical extension of the face. Within, or upon, the face is placed “who we are.” But this reality is distorted by the modern fascination with our own face. What is most important about the face is not how I look, but how we look to each other, face-to-face.

In a culture that increasingly exists as a mirror (selfie’s and such), true self-knowledge is more difficult. In a manner of speaking, looking inward at the mirror is looking in the wrong direction. Our psychologized society tends to direct our attention towards the self. “I have been working on some issues,” we say. But, if the faith is true, and love is that which most truly heals us, then the answer is not within my own face (gazing in the mirror), but in the encounter with others.

I have been writing, from time to time, on the topic of shame. It is an emotion that can be entirely crippling. Ironically, it is something that cannot be healed alone. One psychologist defines shame as “how the self sees the self.” Shame fears being seen. But it is only in revealing shame in the context of love and safety that its wounds can be identified and healed. Of course, it is a very deep wound within our “person,” for shame creates a wall between ourselves and others. And, not so strange, the primary expression of shame is looking away, or looking down. Shame does not want to see face-to-face.

But, my thoughts in this article, are on personhood, what does it mean to exist “personally.” I will suggest that we think of it as “who-I-am-as-I-see-and-as-I-am-seen.” These are simultaneous and cannot be separated. We are told by Christ, “Blessed are the pure in heart for they shall see God.” God can only be seen face-to-face because He is personal. The Lutheran Theologian, Robert Jenson, once said, “The Father only knows Himself as He sees Himself in the Son.” This is true. The very names by which God has made Himself known show this. The term “Father” has no meaning in isolation. “Father of whom?” we have to ask. “Son,” is the same. And if we understood the word for “Spirit,” we would know that it is the word “breath.” “Who’s breath?” In every case within the Trinity, there is only being-in-and-towards-the-other.

For convenience sake, we have created a false consciousness in which things-in-relation are separated and discussed as though they stood alone without reference. We imagine our human existence in this manner, though it is never true. We have no such existence. Everything within the created order has this same characteristic. Nothing exists apart from everything else that exists. But this is a difficult way to think (much less speak). And so, we resort (for convenience sake) to a shorthand version of existence, soon forgetting that it is shorthand and mistaking it for what is real and true.

This leads to the nonsense of atheist speech. If I say, “I am,” (which must be said before I say anything about myself), I have already invoked God, who is our being. Nothing has existence in and of itself, except God. He is the “author of our being.” He is “That-Within-Which-We-Exist.” He is thus a part of every conversation whether acknowledged or not. We speak God. He is the Logos, That-Which-Is-The-Order-of-All-Things. We do not make random noises when we speak, but evoke an order and grammar, meaning and sense, none of which exists apart from the Logos.

The most revealing thing within human history is the appearing of Jesus Christ in our midst. In this coming-among-us, we see the face of God. That face alone can tell us who we truly are. I can only know myself as I see myself in Him. He is the face of God and the face of man. I do not exist apart from His face, nor does Christ, as man, exist apart from us. It is only when we turn our faces away from Him, or worse yet, become enthralled to the false mirrors we have created, that we cease to exist, or begin a movement in that direction. In that movement, and its distorted mirror, the fullness and the wholeness of all things are swallowed up in the madness of solipsism. Nothing makes sense by itself, in itself, for itself. Nothing can be seen truly in that manner.

We have a greater hope.

And there shall be no more curse, but the throne of God and of the Lamb shall be in it, and His servants shall serve Him. They shall see His face, and His name shall be on their foreheads. (Rev. 22:3-4)